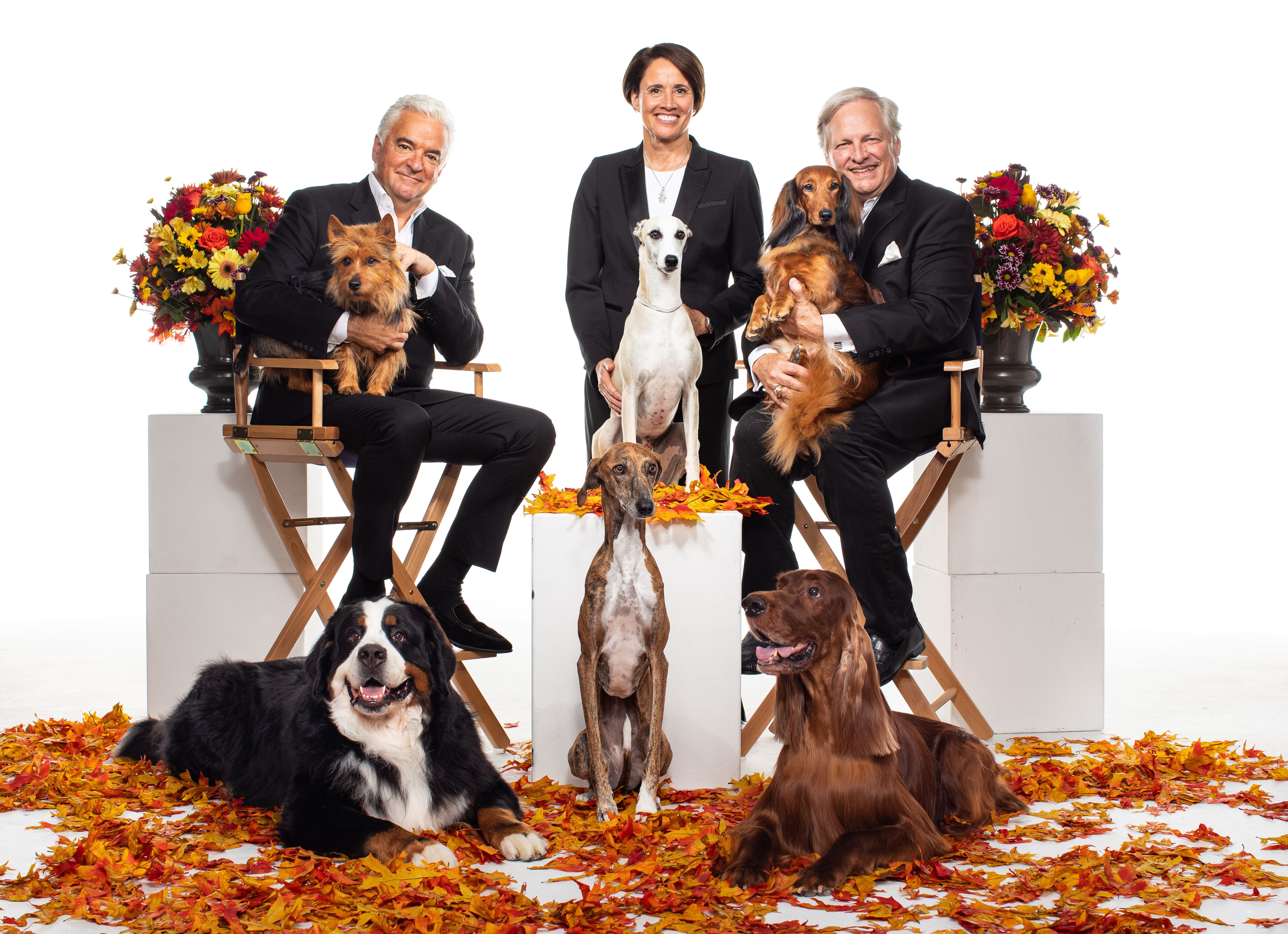 “The National Dog Show Presented by Purina®” will be hosted by award-winning TV personality, author and Broadway star John O’Hurley (“Seinfeld,” “Dancing with the Stars”), and expert analyst and American Kennel Club-licensed judge David Frei, who has officiated at dog shows worldwide. NBC correspondent and sports broadcasting Hall of Famer Mary Carillo will report from inside the show ring, with former U.S. Olympic figure skaters Tara Lipinski and Johnny Weir offering behind-the-scenes access as backstage contributors.
“Can you imagine any show lasting 18 years in this world of televised programming?” said O’Hurley. “David and I are grateful to hide behind the shadows of these wonderful creatures that we get to share one day a year. America is greater because of its dogs.”

A new American Kennel Club-sanctioned breed will be included in this year’s competition, bringing the total recognized breeds to 193. The Azawakh (hound group) is a loyal, independent and deeply affectionate sighthound known for its short coat, long and lean appearance and excellent companionship and guardianship. Since 2003, 46 new breeds have been introduced to the event.

Last year, a 3-year-old male Whippet named Whiskey took home the Best in Show title among the seven group winners. Whiskey has more than 20 Best in Show titles and went on to win the American Kennel Club’s National Championship in January.

The “National Dog Show Presented by Purina®” is a beloved holiday tradition for families across the nation. The telecast reached nearly 25 million viewers over Thanksgiving week last year, delivering its third-best score in total viewers since its first broadcast in 2002. The show is part of a five-hour block of family programing on NBC, offering the country’s 65 million pet-owning households a full afternoon of fun entertainment while raising money for canine-related causes. In its unique format, the Kennel Club of Philadelphia offers an open environment for the esteemed event and remains one of the only “benched” dog shows, displaying all 2,000 competing purebred canines to the visiting public.

This year pet lovers are encouraged to share a photo or video of their pet for a chance to be featured during the airing of the “National Dog Show Presented by Purina” on NBC or NBC.com. Fans can use the hashtag #DogThanking and tag @Purina in a post on Facebook, Twitter or Instagram that highlights their pet’s courageous and honor-worthy role in the family.