ALL-NEW HOLIDAY SPECIAL ‘HOW TO TRAIN YOUR DRAGON HOMECOMING,’ BASED ON THE HUGELY POPULAR DREAMWORKS ANIMATION FILM TRILOGY, TO AIR DEC. 3 AT 8:30 P.M. ET/PT ON NBC

ALL-NEW HOLIDAY SPECIAL ‘HOW TO TRAIN YOUR DRAGON HOMECOMING,’ BASED ON THE HUGELY POPULAR DREAMWORKS ANIMATION FILM TRILOGY, TO AIR DEC. 3 AT 8:30 P.M. ET/PT ON NBC 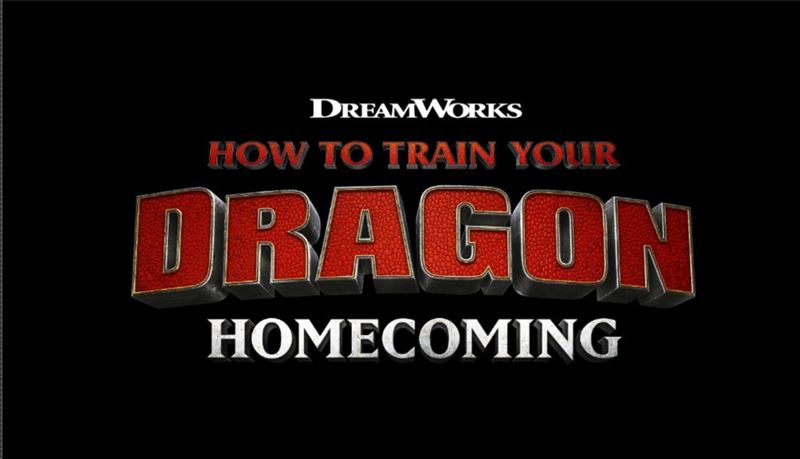 When it becomes clear that the new generation of Vikings doesn’t remember the bond between dragon and human, Hiccup makes a plan to celebrate dragons with a grand holiday pageant. This heartwarming idea leads to a series of hilarious and exciting events, but no matter the circumstance, everyone in New Berk – young and old alike – is reminded that dragons and humans are forever bonded.

The special is part of NBC’s “Oh What Fun” holiday slate, which runs from November through Jan. 1 and includes the network’s annual specials and other holiday programming.

DreamWorks Animation’s “How to Train Your Dragon” film trilogy has earned more than $500 million domestically, including a $55 million opening weekend for the third film when it was released in February.

“How to Train Your Dragon Homecoming” also will be available on DVD Dec. 3 and digital Dec. 4 from Universal Pictures Home Entertainment. The digital and DVD versions come packed with special bonus features, including an inside look at the animation test featuring the breakout stars of the holiday special, the baby dragons known as Night Lights.

“How to Train Your Dragon Homecoming” will be available on Hulu beginning Dec. 5.

ABOUT DREAMWORKS ANIMATION
DreamWorks Animation (DWA), a division of the Universal Filmed Entertainment Group, within NBCUniversal, a subsidiary of Comcast Corporation, is a global family entertainment company with feature film and television brands. The company’s deep portfolio of intellectual property is supported by a robust, worldwide consumer products practice, which includes licensing, and location-based entertainment venues around the world. DWA’s film heritage includes many of the world’s most beloved characters and franchises, including “Shrek,” “Madagascar,” “Kung Fu Panda,” “How to Train Your Dragon,” “Trolls” and “The Boss Baby,” and have amassed more than $15 billion in global box office receipts. DreamWorks Animation’s television business has quickly become one of the world’s leading producers of high-quality, animated family programming, reaching consumers in more than 190 countries. Creating a diverse array of original content in a variety of formats and delivering deep, fully immersive worlds served up with compelling characters, the studio has garnered 25 Emmy Awards since inception in 2013.
Posted by Danielle at 4:20 PM

Email ThisBlogThis!Share to TwitterShare to FacebookShare to Pinterest
Labels: How to Train Your Dragon Homecoming, musical, NBC