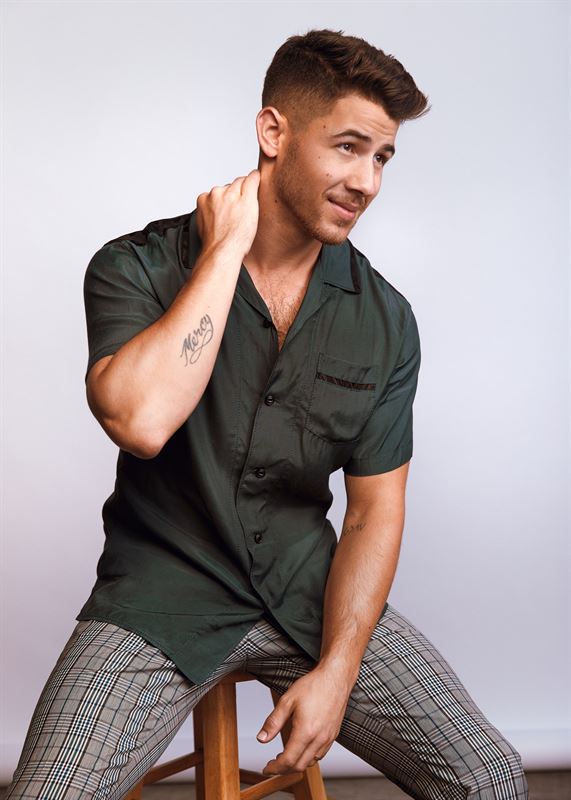 “As a member of one of the hottest pop groups, Nick’s success in navigating all aspects of the music industry is exceptional,” said Meredith Ahr, President, Alternative and Reality Group, NBC Entertainment. “We were so impressed by his innate musicality, technical aptitude and passion that he brought to ‘Songland’ earlier this year and know he will be an incredible fit as a coach on ‘The Voice.’ We are excited to see Nick lend his mentorship, relatability and breadth of knowledge to a new crop of artists.”

“I’m so excited to be a part of ‘The Voice’ family,” said Jonas. “It’s such an awesome group of individuals, and I can’t wait to help these artists really build and hone in to find their unique voices.”

Nick Jonas is one-third of Jonas Brothers, the preeminent male group of this century who most recently opened the floodgates for a new era of titans in pop music. They earned three consecutive No. 1 albums and sold out shows throughout three continents. The tremendous success of the band provided a launch pad for the successful and storied solo careers of Nick and his brothers, Joe and Kevin Jonas, who have kept loyal fans yearning for a reunion until now. Earlier this year, the band announced their highly anticipated return to music with a new single, “Sucker,” which debuted at No. 1 on Billboard’s Hot 100. Making history once more, the band captured No. 1 on the Billboard 200 with their now platinum-certified album, “Happiness Begins.”

Jonas has also received solo critically acclaimed success off his self-titled album that includes the triple-platinum and No. 1 U.S. radio hit, “Jealous.” A recipient of the Songwriters Hall of Fame’s prestigious Hal David Starlight Award, Jonas co-wrote an original song titled “Home” for the animated film “Ferdinand.” The song was nominated for 2018 Golden Globe in the category of Best Original Song.

As an actor, Jonas garnered unanimous critical praise for his lead role in the 2016 Sundance Film Festival favorite “Goat.” He also appeared in a guest-starring role in the horror-comedy series “Scream Queens” and starred in the gritty television series “Kingdom." In 2017, Jonas starred alongside Dwayne Johnson, Kevin Hart and Jack Black in the blockbuster film “Jumanji: Welcome to the Jungle,” Sony’s reimagining of the 1995 hit “Jumanji.” The film passed “Spider-Man” to become Sony’s highest-grossing film ever at the U.S. box office. Later this year, he will appear in the “Jumanji” sequel (in theaters Dec. 13) and Roland Emmerich’s “Midway” (in theaters Nov. 9). Jonas also recently completed production on Lionsgate’s post-apocalyptic thriller “Chaos Walking,” which stars Daisy Ridley and Tom Holland and is scheduled for release in 2020.

The Blind Auditions for Season 17 of “The Voice,” with current coaches Kelly Clarkson, John Legend, Blake Shelton and Gwen Stefani, continue tonight and tomorrow at 8 p.m. ET/PT on NBC.

“The Voice” has opened the current season as television’s No. 1 alternative series in total viewers and its Sept. 23 debut episode finished No. 2 during Premiere Week among all entertainment shows, according to “live plus same day” results from Nielsen Media Research. That premiere telecast has grown to a 2.2 rating in 18-49 and 11.1 million viewers in “live plus seven day” Nielsens.

“The Voice” is a presentation of MGM Television, Talpa Media USA Inc. and Warner Horizon Unscripted Television. The series was created by John de Mol, who serves as executive producer along with Mark Burnett, Audrey Morrissey, Amanda Zucker and Kyra Thompson.
Posted by Danielle at 2:48 PM