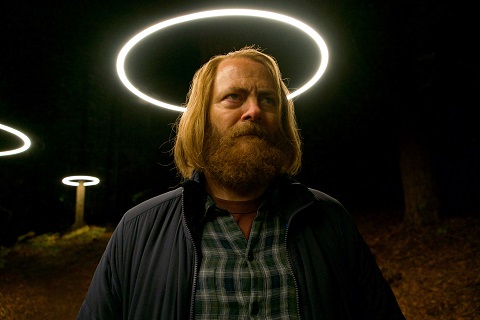 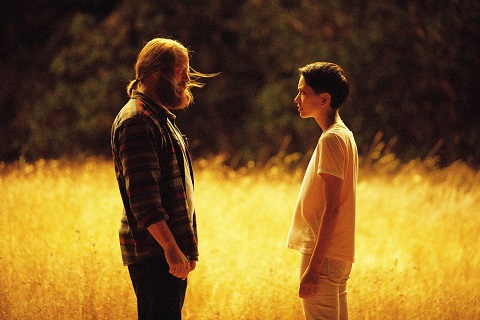 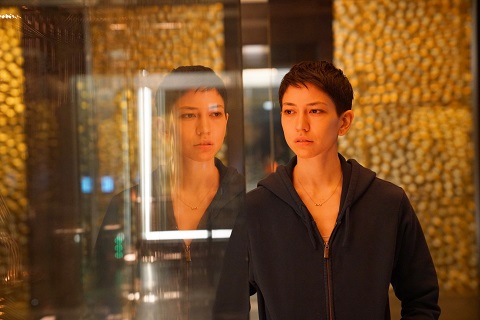 New York Comic Con fans were also treated to a sneak peek at an extended trailer of the series, as well as two pivotal scenes featuring a first look at the mysteries that await viewers inside the Amaya Corporation's top-secret Devs building. Additionally, FX released three new images from the eight-episode limited series set to debut in Spring 2020. The brand new teaser and images give fans their first glimpse of Nick Offerman as Amaya's enigmatic CEO, Forest, alongside series lead Sonoya Mizuno.

During the panel, which was moderated by TV Guide Magazine's Damian Holbrook, Garland discussed developing his first project for television: "On a personal level, I thought, 'maybe television is a better home for me.' And on a writing level, I wanted the eight hours." He went on to add, "I feel like everything I have learned up to this point I have put into the show. I couldn't love it more."
Debuting in Spring 2020, Devs is a limited series that focuses on a young software engineer named Lily Chan (Sonoya Mizuno) who works for Amaya, a cutting-edge tech company based in Silicon Valley. After her boyfriend's apparent suicide, Lily suspects foul play and begins to investigate. She quickly realizes that all roads lead to Forest (Nick Offerman), Amaya's enigmatic CEO, and Devs, the company's secret development division. In Lily's quest to discover the truth, she uncovers a technology-based conspiracy that could change the world.

Garland created, wrote and directed Devs, and serves as executive producer along with Andrew Macdonald and Allon Reich of DNA TV, and Scott Rudin, Eli Bush and Garrett Basch of Scott Rudin Productions. Garland partnered with Macdonald, Reich, Rudin and Bush on the Academy Award(R)-winning Ex Machina and acclaimed feature film Annihilation, both of which Garland wrote and directed. Devs is produced by FX Productions.

ABOUT FX
FX is the flagship general entertainment basic cable channel of FX Networks. Launched in June of 1994, FX is carried in 86 million homes. The diverse schedule features a growing roster of critically-acclaimed and award-winning hit dramas series including Taboo, Snowfall, Trust, Pose, Mayans M.C. and the upcoming Y; the critically-acclaimed limited series American Horror Story, Fargo, American Crime Story, FEUD, Fosse/Verdon and the upcoming Devs, Shogun, Mrs. America and A Teacher; acclaimed hit comedy series including Atlanta, Better Things, What We Do in the Shadows and the upcoming Breeders; the half-hour series Mr Inbetween; a slate of docuseries and documentary features, including The Weekly with The New York Times; and the upcoming special A Christmas Carol. FX is the former home of the critically-acclaimed and award-winning hit drama series The Shield, Nip/Tuck, Rescue Me, Damages, Sons of Anarchy, Justified and The Americans. The network's library of acquired box-office hit movies is unmatched by any ad-supported television network.
Posted by Danielle at 4:32 PM