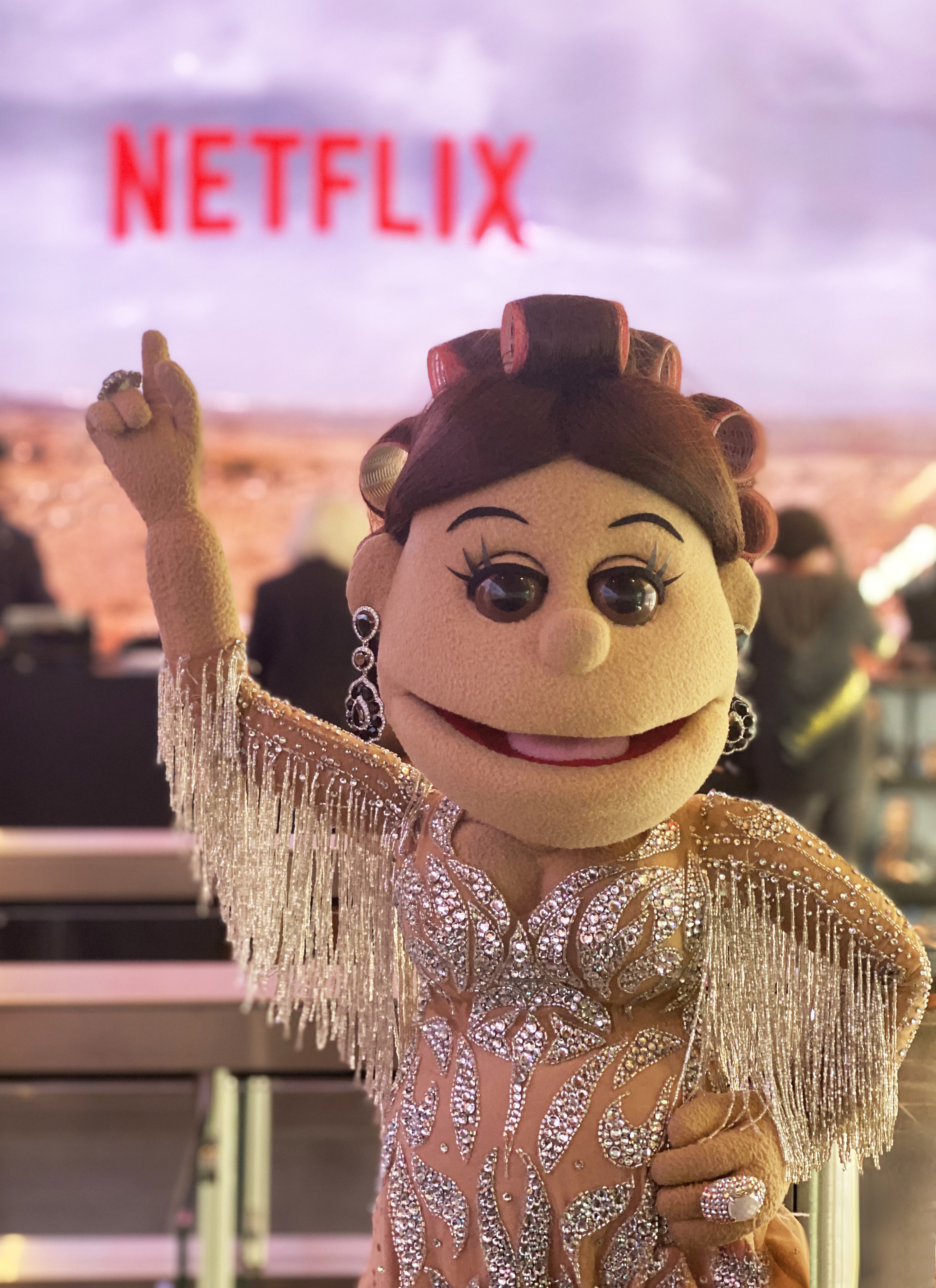 23 December 2019 - Netflix, the world's leading streaming entertainment service, has announced its collaboration with Abla Fahita to produce its second Egyptian original series. Scheduled for release in 2020, Abla Fahita’s debut on Netflix will be produced by OKWRD production in cooperation with ASAP Productions & EP  Amin El Masri.The show will shed light on the human side of Abla Fahita in a social comedy drama full of thrill.
The series will follow the amazing adventures of Abla Fahita after becoming one of the leading stars in the Arab World, her life turns upside down when she finds herself being chased by the law and society. This will be Abla Fahita’s first attempt at acting in a scripted series, having entertained millions of audiences on television before.

Ahmed Sharkawi, Director of International Originals, Netflix said: “We are very excited to be collaborating with Abla Fahita, one of the most prominent comedians in Egypt and the wider Arab region. We are looking forward to working with Abla Fahita in order to bring our Arab and international audience a fun innovative series full of laughter and excitement.”

Commenting on her partnership with Netflix, Abla Fahita said: “Damn this globalization! I barely had enough time for my own show and now they want me to do a series. The only thing that made me consider their offer, is that netflix will release the series in more than 20 languages and it will be watched in 190 countries by more than 158 million viewers with their relatives worldwide. I always say that Egyptian comedy is a great product for export after the Egyptian cotton. And it’s obvious how the world today is a sad place in dire need of laughter. and nothing beats the Egyptian Sense of humour to relieve the world of its misery”

Abla Fahita’s series will Netflix’s second Original Series from Egypt.
-END-
About Netflix
Netflix is the world's leading streaming entertainment service with over 158 million paid memberships in over 190 countries enjoying TV series, documentaries and feature films across a wide variety of genres and languages. Members can watch as much as they want, anytime, anywhere, on any internet-connected screen. Members can play, pause and resume watching, all without commercials or commitments.About OKWRD
Okwrd is an emerging Egyptian production company aiming to produce a unique kind of entertainment. Only possible through collaborating with the best talents in the Middle East and the whole world.
About ASAP Productions
ASAP Productions is a well renowned Egyptian production company with vast experience in all fields of the media production industry; from advertising to all types of content production. With over 25 years in the business, asap prides itself with a track record full of diverse and challenging productions.
Posted by Danielle at 7:09 PM