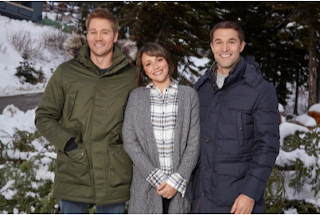 Alice Wilson (Ricci), a Los Angeles hotel marketing executive, is a finalist on a hugely popular TV dating show who is sent to her snowy Vermont hometown for a final televised date with bachelor Tanner Dylan (Turner).  However, upon arriving back home, she encounters her high school sweetheart, Brett (Murray) who now owns the historic inn where Alice, Tanner and the production crew are all staying.  When the show producer discovers Brett’s unrequited affection for Alice, she helps stoke their old feelings for each other, creating a love triangle which forces Alice to re-think her choices in life and decide what’s truly important to her.