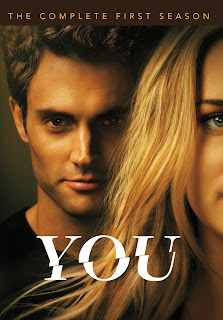 A 21st-century romantic thriller centered around a relationship that gets taken too far, You explores the line between passion and obsession and asks, "What would you do for love?" When a brilliant bookstore manager (Penn Badgley) crosses paths with an aspiring writer (Elizabeth Lail), his answer becomes clear: anything. As he uses the internet and social media to gather the most intimate of details to get close to her, a charming and awkward crush quickly becomes obsession when he quietly and strategically begins to remove every obstacle - and person - between them. You also stars Luca Padovan, Zach Cherry and Shay Mitchell, with a special guest appearance by John Stamos. From executive producers/writers Greg Berlanti and Sera Gamble, and based on Caroline Kepnes' best-selling novel. 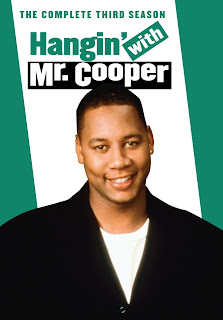 It’s two points forward, three points back for everyone’s favorite substitute teacher, Mark Cooper (Mark Curry), in the third season of this classic ’90s sitcom. Mark’s new school year gets off to a rocky start when he learns that he’s blown his chance to be the new head coach of the school’s basketball team because he’s been avoiding calls from school principal P.J. Moore (Nell Carter). Swallowing his pride, Mark accepts the position of assistant coach while continuing to try to learn to be the best sub he can be. On the home front, thanks to live-in cousin Geneva (Saundra Quarterman) and her daughter, Nicole (Raven-Symoné), Mark continues to mix life lessons and laughs as he helps raise his young relative. Meanwhile, ex-investment exec Vanessa (Holly Robinson Peete) finally lands a job... answering phones at a swanky doctor’s office! Mark finally makes head coach – only for a giant curve to come his way. 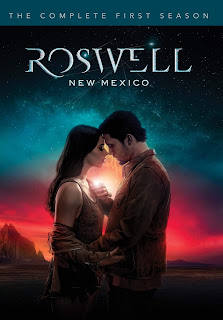 After a decade away from home, Liz Ortecho (Jeanine Mason) returns to her native Roswell to care for her ailing father. When she arrives, she reconnects with her high school crush Max Evans (Nathan Parsons) who is now a police officer. Their chemistry is electric, but Liz soon learns something shocking: Max and his sister, Isobel (Lily Cowles), and friend Michael (Michael Vlamis) are aliens who have kept their abilities secret their entire lives. As she and Max grow closer, Liz struggles to keep the truth from her best friend, Maria (Heather Hemmens), and her high school ex, Dr. Kyle Valenti (Michael Trevino). But concealing the visitors' true identities is more important than ever, as a long-standing government conspiracy and the politics of fear and hatred threaten their lives. Based on the Roswell High book series, Roswell, New Mexico is a love story, a relationship drama and the story of a small town...that happens to have aliens.

About Warner Archive Collection
Warner Archive Collection (WAC) continues to serve as host to some of the most beloved films, television series and animated entertainment in history – and many are now available on Blu-ray. WAC’s canon runs the gamut from restored and remastered Blu-ray classics such as The Thing From Another World, The Big Sleep, The Thin Man, She Wore a Yellow Ribbon, Days of Wine and Roses and Yankee Doodle Dandy to adored TV offerings such as The Jetsons and Jonny Quest (on Blu-ray), Step by Step and Crazy Ex-Girlfriend (on DVD) to theatrical animation on Blu-ray, including the remastered and restored Popeye The Sailor: The 1940s Volumes 1-3 and Batman: Mask of the Phantasm, to animated TV series headed by Blu-ray releases such as Teen Titans: The Complete Series, Justice League Unlimited, Batman: The Brave and the Bold and Young Justice, as well as a wealth of classic animated series on DVD including dozens of Hanna-Barbera classics. WAC offerings can be found via warnerarchive.com and your favorite online retailer.