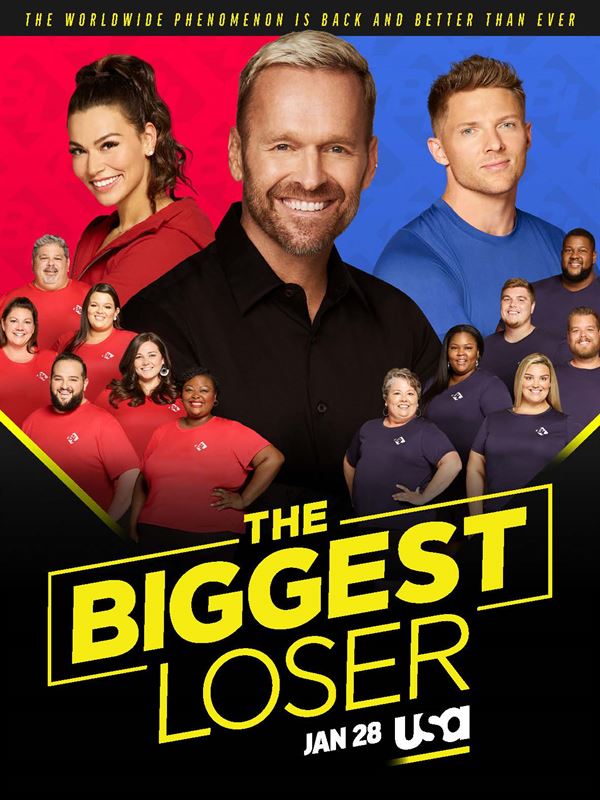 Below please find the 12 contestants from all across America who will be featured on THE BIGGEST LOSER, premiering Tuesday, January 28 at 9/8c on USA Network!

Hosted by Bob Harper, THE BIGGEST LOSER will follow the journeys of these brave men and women as they begin to transform their lives. Audiences will see them not only focusing on losing weight and achieving better overall health, but also confronting the obstacles in their lives that made them unhealthy in the first place. Each episode will reveal compelling personal stories from the contestants who are guided by both Harper and their trainers, Steve Cook and Erica Lugo. 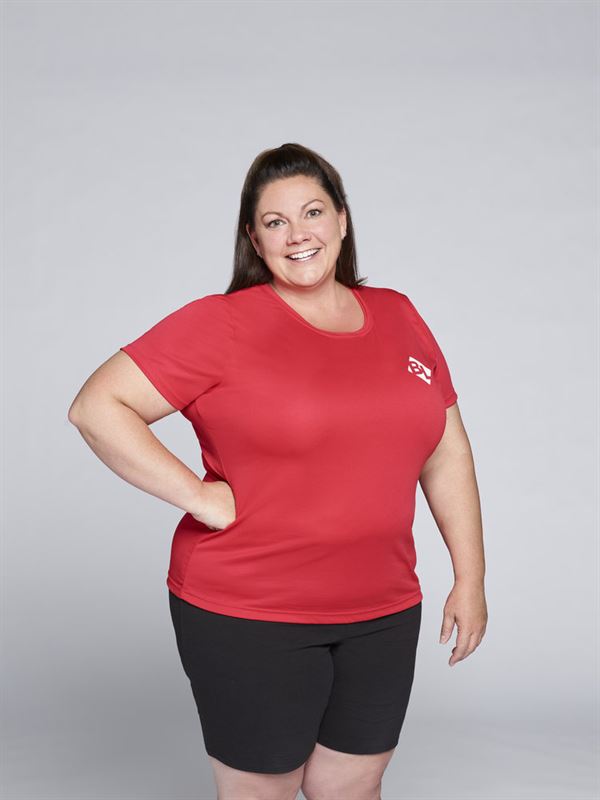 Teri Aguiar, the former Miss Missouri 1999 turned flight nurse from Columbia, IL, spends her days dropping from the sky to save lives, and now she’s calling on The Biggest Loser to help save her own. Teri, a recently divorced mom of two teens, travels Illinois transporting critically ill patients by helicopter, but her weight is slowing her down during these rescues. At 256 pounds, this beauty queen is ready to take flight on her journey to a healthier lifestyle. 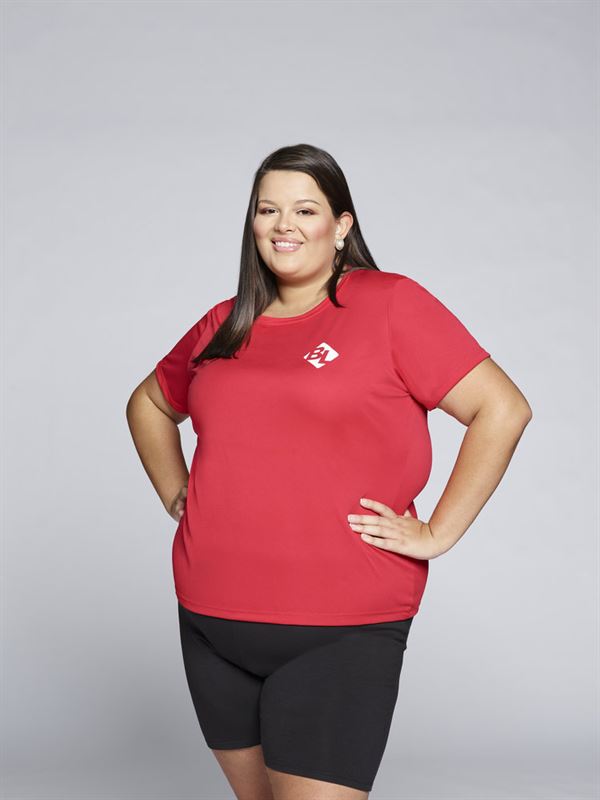 Katarina Bouton
Katarina Bouton is a 23-year-old cardiac nurse from Jacksonville, FL who has struggled with her weight for most of her life. While learning to educate and help others live a healthier lifestyle, Katarina has struggled with her own poor eating habits, including consuming high-calorie fast food meals while working at the hospital. With so much life ahead of her, Katarina is joining The Biggest Loser at 293 pounds hoping to get her weight under control and live by the healthy habits she promotes to her patients. 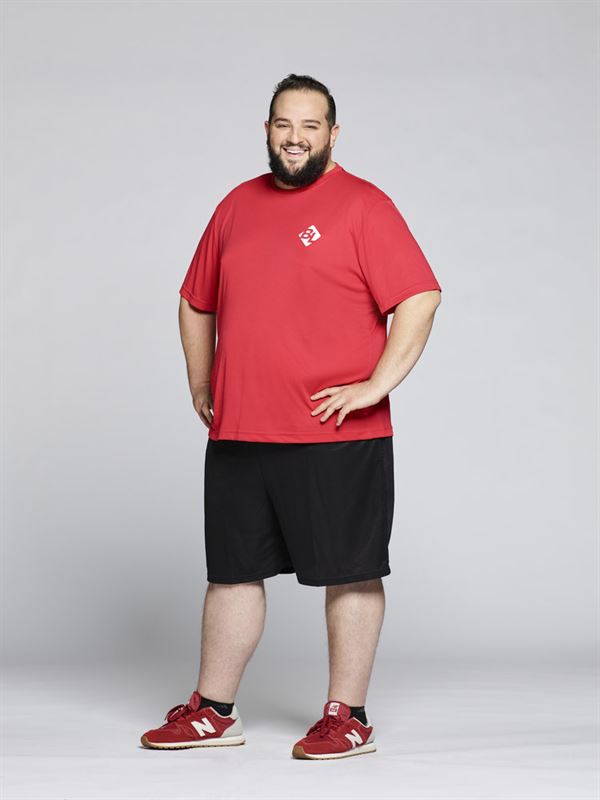 Domenico (or Dom) Brugellis is a proud father to a six-year-old daughter and is responsible for setting the menu for students across New York City as a food manager with the Department of Education. Dom, a former chef, has struggled to maintain a healthy relationship with food his entire life. He’s finally ready to find balance between his love of the Italian food he grew up with and maintaining a healthy weight and lifestyle. He joins The Biggest Loser at 323 pounds and is hopeful the show is a recipe for success. 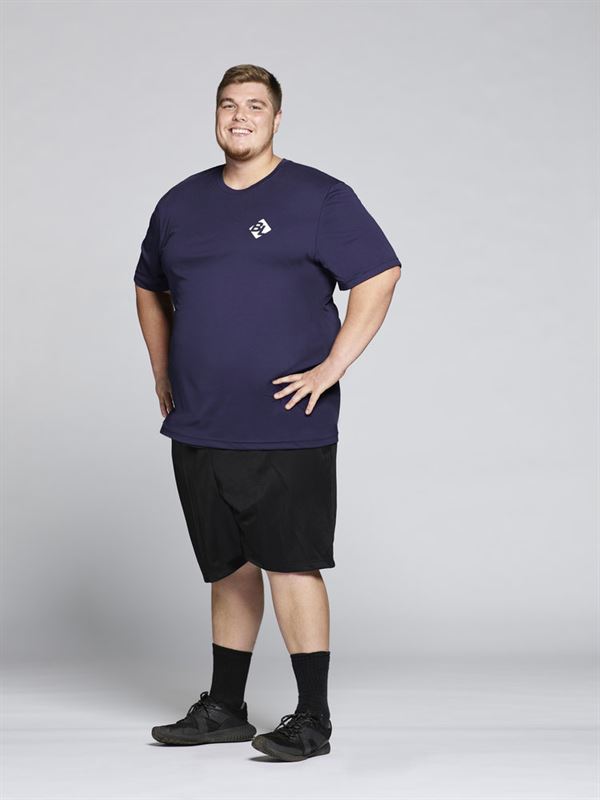 Micah Collum is a 23-year-old from Oneonta, AL whose challenging upbringing had a significant impact on his health. With divorced parents, and a mother struggling with addiction, Micah and his six siblings were often left to fend for themselves while growing up. Always bigger than his peers, Micah’s size was actually a benefit in high school where he was a popular, standout athlete in football and basketball. Since graduating, Micah has gained nearly 100 pounds and has struggled to make ends meet while working a variety of jobs. Joining The Biggest Loser at 326 pounds, Micah wants his experience to be the start of a new chapter in his life that gets him on the right track toward a healthy and fulfilling life. 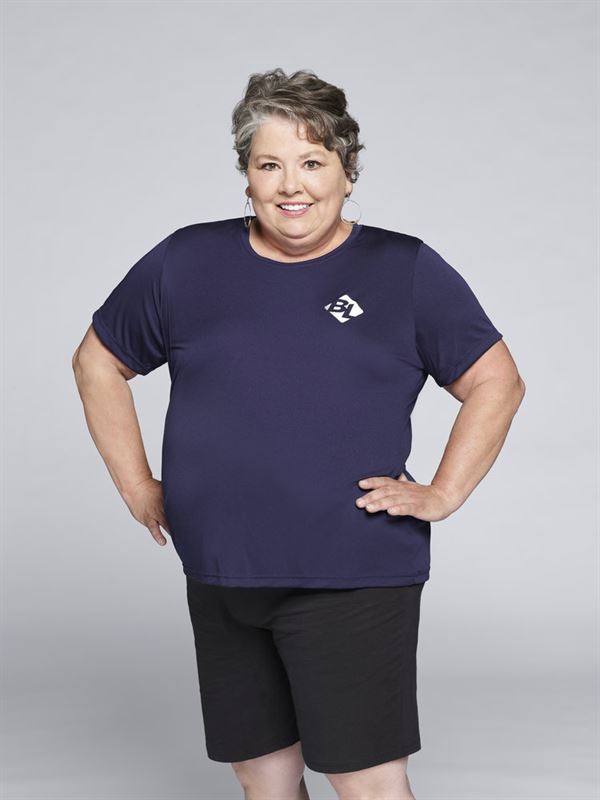 Kim Davis is a sweet, southern mom from Mulberry, TN who works as a top tour guide at a popular whiskey distillery. Nineteen years ago, she won her battle with breast cancer and now she’s ready to take on the second biggest battle of her life, losing weight. Known for her hearty sense of humor and super-sized personality, she’s ready to drop “hearty,” and “supersized” from her diet and challenge herself to create a healthier lifestyle. Joining The Biggest Loser at 242 pounds, she’s hopeful it will help her to continue to be the “life of the party” for years to come. 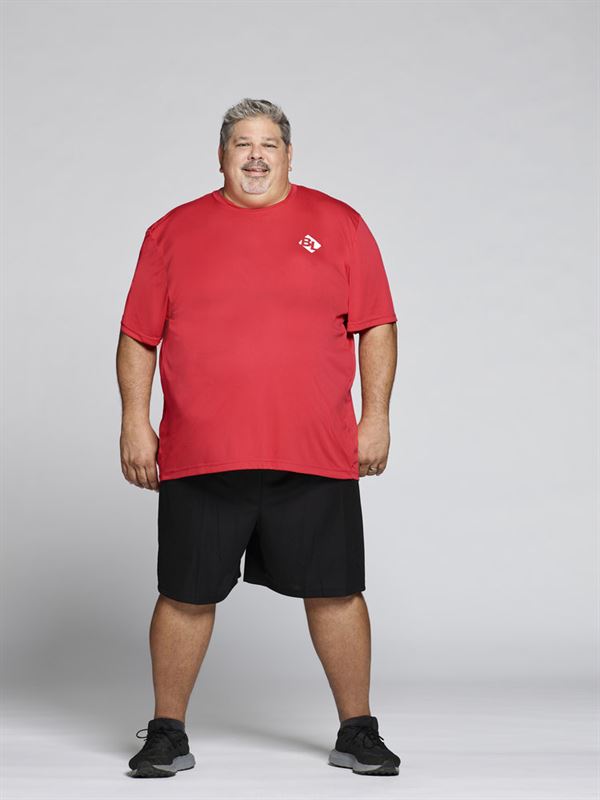 Jim DiBattista (or “Coach”) is a father of three boys and coach of a local youth football team in his native Philadelphia, PA. Having lost both of his parents much too soon, Jim knows he needs to urgently lose weight and lead a healthier life in order to continue inspiring his family and his team for years to come. Jim decided to go on The Biggest Loser at 385 pounds in order to prove to himself, his family, and his team that he’s willing and able to tackle his weight and fight for a healthier future. 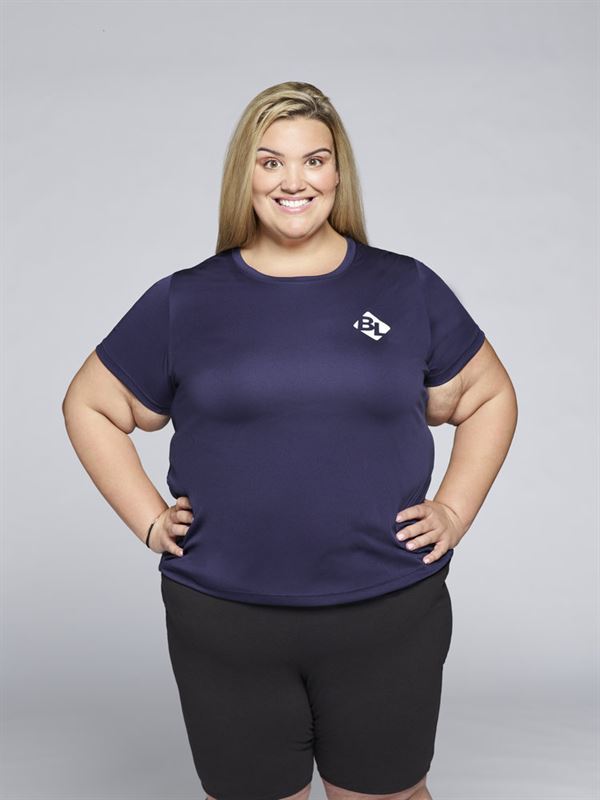 Megan Hoffman is a 35-year-old from Simi Valley, CA who is an Operations and Retention Director at a gym. Working in the health and wellness industry, Megan knows she needs to change her habits and relationship with food to steer clear of weight-related health issues, but currently she uses humor as a defense mechanism to hide the fact that she is not living a healthy lifestyle. Joining The Biggest Loser at her heaviest, 290 pounds, she wants to break the cycle and not cut her life short over something completely preventable. 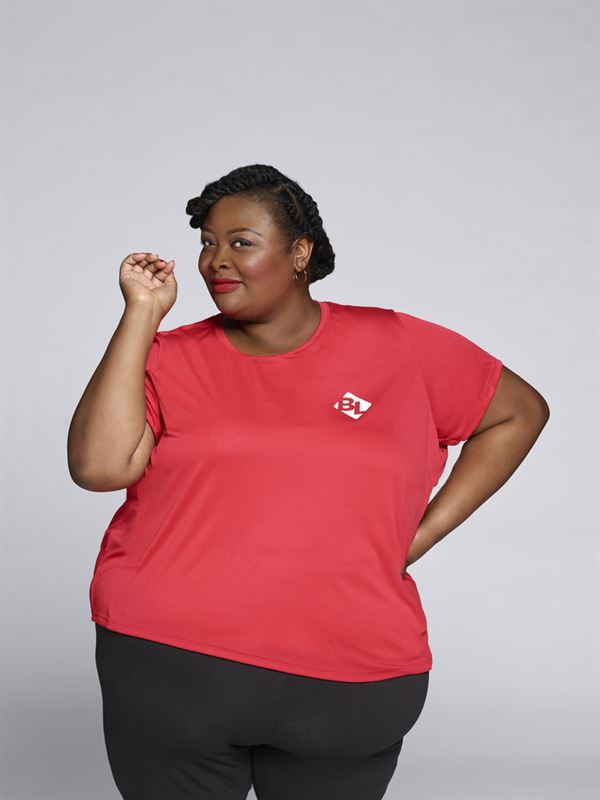 PhiXavier Holmes
PhiXavier Holmes (or Phi) is a professional school counselor in Washington D.C., where she invests much of herself into her students’ lives. Nicknamed “Jukebox” by her coworkers, PhiXavier loves to play music while she cares for her students and coworkers as if they were her own family. She started relying on food as a coping mechanism following the traumatic passing of her father. With her own relatives back home near Baton Rouge, LA, PhiXavier’s friends and coworkers in D.C. are her primary support system and will be rooting for her as she begins her journey, at 357 pounds, toward a healthier and more prosperous life on The Biggest Loser. 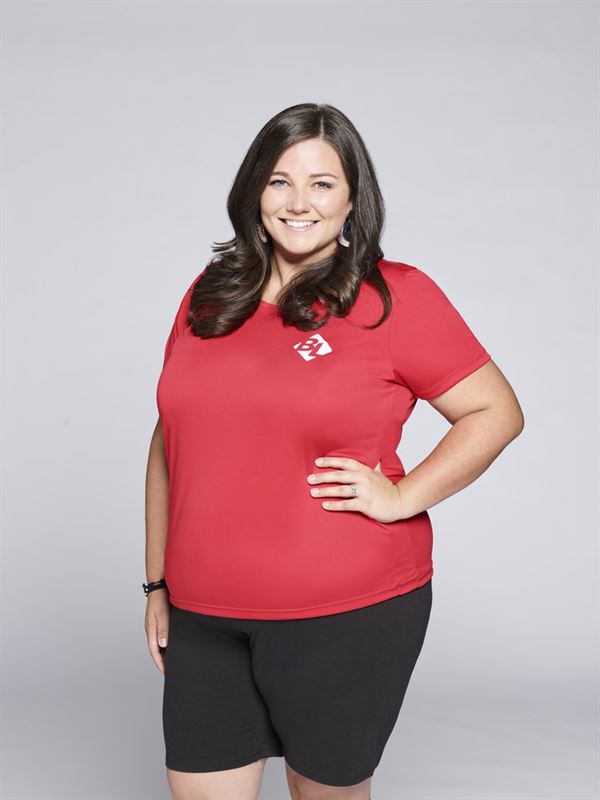 Kristi McCart is a wife, mother, and family law and estate planning attorney with her own practice in Riverview, FL. Kristi’s unhealthy relationship with food started in childhood where inconsistencies between her divorced parents’ households led to rarely knowing when her next meal would be. As an adult, Kristi has only ever lost weight by taking unhealthy measures and believes her current issues with weight may be the reason she has not been able to have a second child. At 264 pounds, she’s ready to do things the right way on The Biggest Loser and is motivated to get healthy for herself, and for her family. 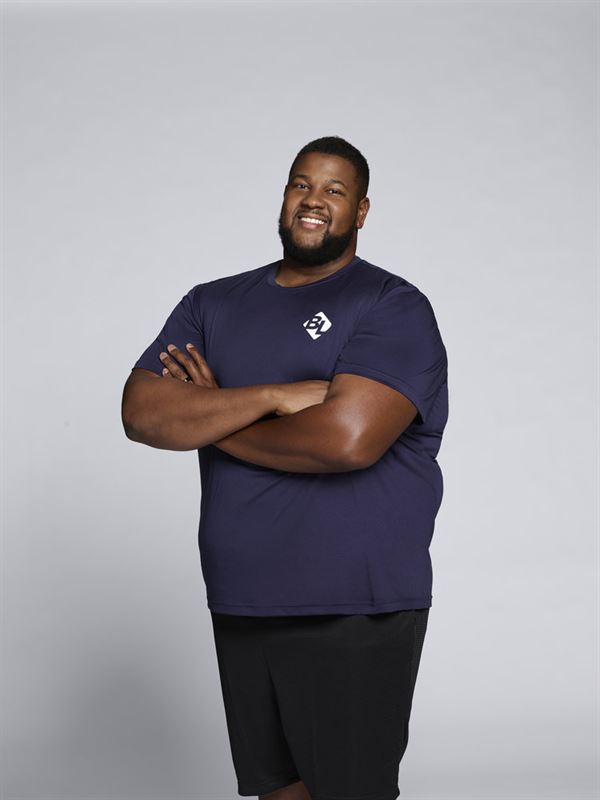 Robert Richardson II is a dedicated husband and devoted father who works as a Territory Sales Manager for a tobacco company in Lafayette, LA. Born and raised in Orlando, FL, Robert is the son of a former NFL player and always dreamed of playing football professionally, just like his father. Those dreams took a hard hit when, as D1 college athlete, Robert experienced a string of injuries due in large part to his weight. Joining The Biggest Loser at 409 pounds, Robert is ready to stop making excuses and continue his journey toward health and wellness, and maybe even an NFL comeback. 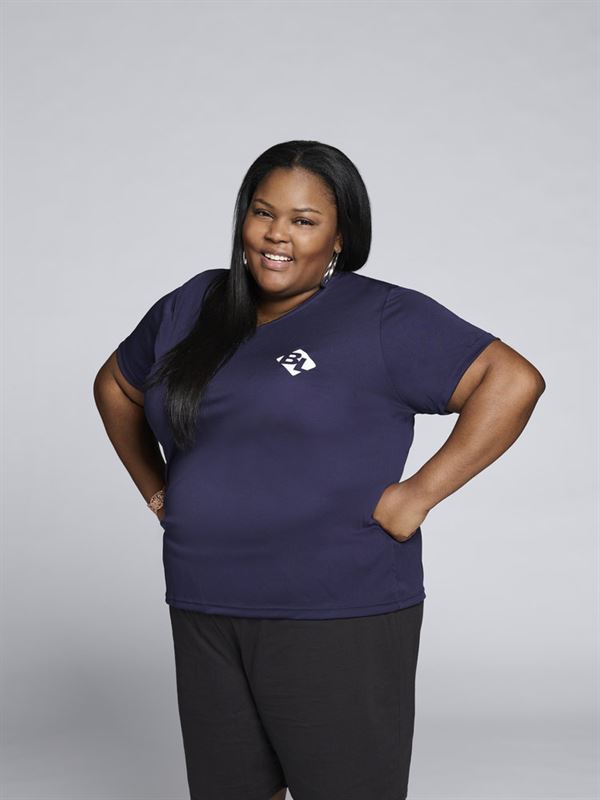 Delores Tomorrow has always had her eye on just that - tomorrow. Looking forward to building a brighter future for her community, the Chicago, IL native is an accomplished and driven community leader, founder of a non-profit serving teen girls of color, and event planner who served on the Advance Team for former First Lady Michelle Obama. Joining The Biggest Loser at her heaviest weight of 280 pounds, Delores is ready to empower herself by getting her weight under control so she can continue to serve and inspire her community. 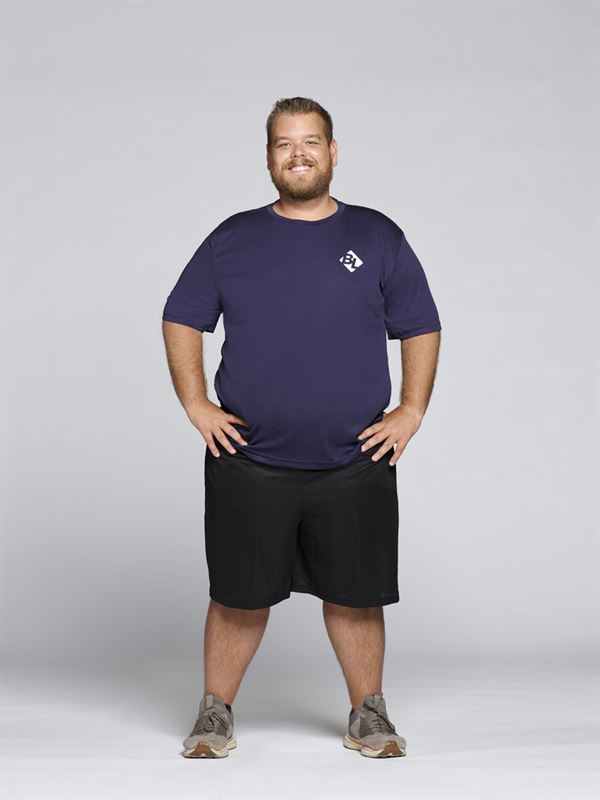 Kyle Yeo
Having lived the majority of his life as a closeted gay man, Kyle Yeo used food to hide his true identity. The weight he put on reflected his secret life, but now that he is out, he is ready to shed the pounds and have his body mirror his new out and proud mindset. Born and raised in Kansas City, MO, Kyle joins The Biggest Loser at 302 pounds and now has the support of his family as he tackles this next step in feeling comfortable in his own skin and finding personal acceptance.

**National Gym Partner Planet Fitness is creating a Judgement Free Zone all season long. During the show, contestants will work out in the gym powered by Planet Fitness and receive year-long gym memberships. The show winner will receive at-home fitness equipment from Planet Fitness, and this year’s “At-home” winner will reap a $25k cash prize. Planet Fitness has created high-quality fitness experiences in welcoming, non-intimidating environments for millions of members around the world, including The Biggest Loser trainer, Erica Lugo.**