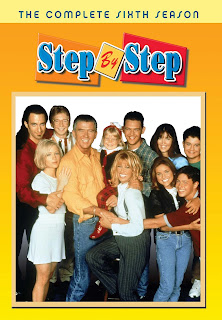 Season Six sees Bronson Pinchot (Perfect Strangers) join the cast as beautician Carol Lambert’s (Suzanne Somers) new business partner: hairdresser extraordinaire Jean-Luc Rieupeyroux. The partnership comes with Frank Lambert’s (Patrick Duffy) blessing, but Frank has second thoughts when Jean-Luc turns out to be a world-class meddler. Whether it involves Carol going incognito to Mark’s (Christopher Castile) basketball games, J.T. (Brandon Call) moving into a bachelor sanctuary, Frank’s spoiled camping trip or Lilly (Emily Mae Young) getting too many birthday gifts, Jean-Luc is behind it. Meanwhile, all of the grown kids except Brendan (Josh Byrne) want to go to a music festival, but Carol forbids them – until Al (Christine Lakin) discovers that Carol attended Woodstock and smoked marijuana! And to make matters worse, Frank has a midlife crisis. 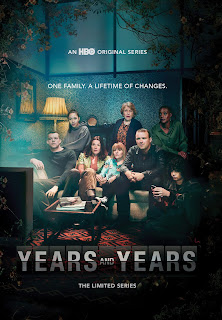 Follow the hopes, fears and joys of an ordinary British family over the course of 15 years in the funny, frightening and provocative six-part series Years and Years. As Britain withdraws from Europe, America becomes a lone wolf and China asserts itself, the world is rocked by a flurry of unstable political, economic, cultural and technological advances. It’s a world in which no one can tell political right from left – as evidenced by the rise to power of Vivienne Rook (two-time Academy Award® winner* Emma Thompson), a brash entrepreneur whose say-anything style makes her as appealing as she is controversial. Full of wit and warmth, Years and Years is ultimately about family, showing the relatable struggles of surviving the day to day as society changes faster than ever before. The series was created and written by Russell T Davies (Queer as Folk, The Second Coming, the 2005 revival of Doctor Who).

Email ThisBlogThis!Share to TwitterShare to FacebookShare to Pinterest
Labels: DVD, Step by Step, Years and Years