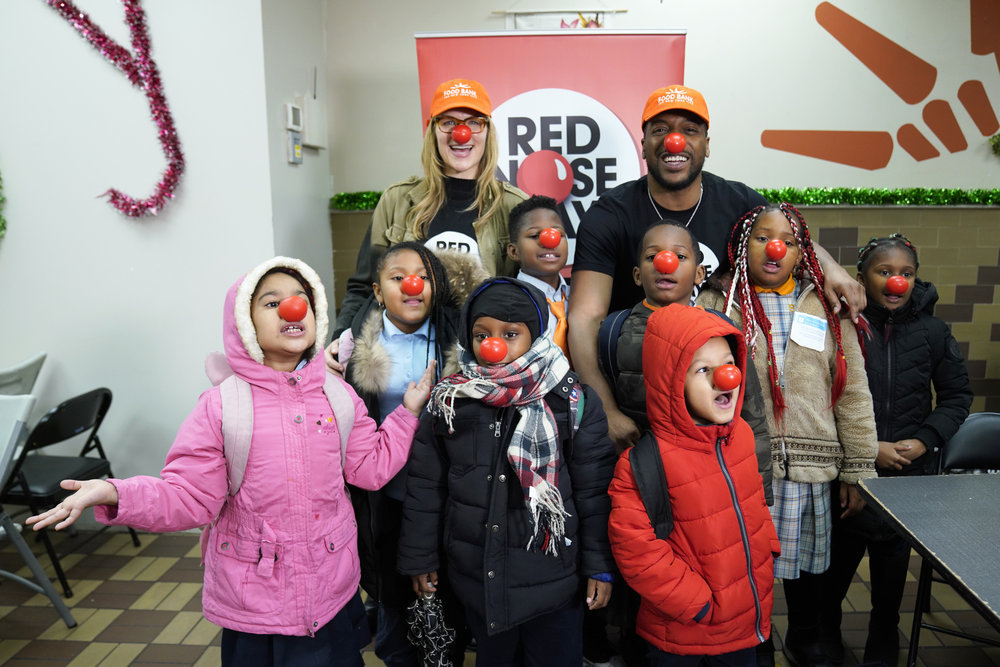 NEW YORK – Dec. 18, 2019 – Continuing a tradition that began in 2015, NBC will once again be partnering with Red Nose Day, the national fundraising campaign to end child poverty, for a special three hour night of programming to be aired in spring 2020. The date of the special, as well as the Red Nose Day-themed programming to air on the same night, will be announced in the coming weeks.
Over the five years since its launch, Comic Relief USA’s Red Nose Day campaign to end child poverty has now raised $200 million to positively impact the lives of nearly 25 million children in America and around the world. Through the power of entertainment, Red Nose Day has helped to raise awareness of the issue of child poverty and, through their grantmaking, ensure that children in need are safe, healthy and educated. The campaign has reached these milestones after raising over $50 million during 2019.

Leading up to NBC’s star-studded night of programming, celebrations for Red Nose Day engage millions of Americans across the country. The campaign’s iconic Red Noses will once again be available exclusively at Walgreens stores nationwide. Comic Relief USA, the non-profit that runs Red Nose Day, also announced the renewal of all core partners Comcast NBCUniversal, Walgreens, Mars Wrigley Confectionery and The Bill & Melinda Gates Foundation in support of the campaign’s mission to end child poverty.

Donations to Red Nose Day have supported programs in all 50 U.S. states, Puerto Rico, and over 30 countries to address both the immediate and ongoing needs of children living in poverty, with the ultimate goal of breaking the cycle of poverty and providing hope for a better future.

Red Nose Day funds have supported millions in need by helping to provide:
“As the broadcast home of Red Nose Day, NBC is proud to drive fundraising efforts in concert with our fantastic partners at Comic Relief USA,” said Paul Telegdy, Chairman, NBC Entertainment. “Having the capacity to spread joy to a global audience while making an indelible impact on children around the world is a privilege and we are honored to continue our support of this incredible cause.”

“It’s a real joy what Red Nose Day has accomplished in just five years in the U.S.,” said Richard Curtis, Red Nose Day co-founder. “Millions of people across America have come together to help lift countless children out of poverty, at home and abroad. The sky is the limit for what we can achieve together – and the plan, as always, is that it should be great fun doing it.”

“In just five years, Red Nose Day has grown into a significant cultural movement in the U.S., impacting the lives of millions of children who are living in the toughest of circumstances, both right here in the U.S. and around the world,” said Alison Moore, CEO, Comic Relief USA. “With the support of the public and our partners we have achieved a lot, but there is so much yet to do. Together, we are committed to raising greater public awareness and engaging new audiences, driving donations and supporting dynamic solutions to address child poverty.”

Red Nose Day’s core partners have provided critical support for the charity event since the campaign’s launch in the U.S. and will continue to play an integral role in raising both awareness and vital funds to help children most in need. The efforts of these market leaders to support the campaign highlight the important role business plays in changing the world for the better.

The success of Red Nose Day is made possible by the incredible generosity of the American public, support from the biggest names in entertainment, tireless work of its grantee organizations, and the continued commitment of Red Nose Day’s core partners: Walgreens, NBCUniversal, The Bill & Melinda Gates Foundation and Mars Wrigley.

“It is truly rewarding to see the meaningful impact in the past five years made by the support of our customers and our Walgreens team members to help end child poverty,” said Alex Gourlay, Walgreens Boots Alliance co-COO and president of Walgreens. “We’re proud of what we’ve accomplished as a campaign partner and the exclusive retail provider of Red Noses. Each year this company-wide effort brings people together from thousands of communities around the country for a meaningful cause and we look forward to continuing this important work in the future.”

“The Bill & Melinda Gates Foundation is delighted to partner with Comic Relief USA,” said Jennifer Alcorn, Deputy Director of Philanthropic Partnerships at the Bill & Melinda Gates Foundation. “Humor and entertainment are powerful and Comic Relief has used both incredibly well to help lead the fight to end childhood poverty at home and around the world.”

“Comic Relief has made a real difference to the lives of millions of children around the world,” said Lee Andrews, VP of Corporate Affairs at Mars Wrigley North America. “Through our partnership with Red Nose Day and M&M’S®, we are excited to continue to support this incredible movement that brings people together and embraces the power of fun to make a difference.”
Posted by Danielle at 1:01 PM