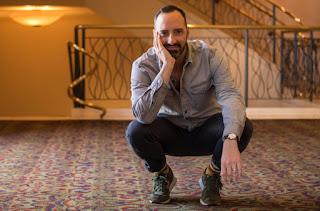 Casting: Two-time Emmy Award winner Tony Hale (Veep, Arrested Development, and creator of Archibald’s Next Big Thing) has been cast to play the dual role of Mr. Benedict and his twin brother Mr. Curtain.  Halerecently wrapped “Wakey, Wakey” the one-man play at the American Conservatory Theater in San Francisco, and is also featured in Toy Story 4 as the voice of “Forky.”

Character Descriptions: Mr. Benedict, a rumpled, affable eccentric genius, he is the head of the Mysterious Benedict Society – a group of orphans he has recruited to save the world.  While Mr. Benedict is reluctant to put the children in harm’s way, he feels there is no other choice.  His Society is mysterious and so is Mr. Benedict himself; he is the genial, cunning mastermind.

Logline:  Based on the best-selling novel, The Mysterious Benedict Society is the tale of four gifted orphans who are recruited by an eccentric benefactor to go on a secret mission. Placed undercover at a boarding school known as The Institute, they must foil a nefarious plot with global ramifications, while creating a new sort of family along the way.