Star-Studded Telecast to Feature Musical Collaborations with Top 4 Artists and Musicians Across All Genres
For the First Time in Seven Seasons, All Four Coaches Have an Artist Competing in Finale
Top Four Finalists to Compete on Monday, Dec. 16 at 8-10 p.m. ET/PT and Winner Will Be Revealed on Two-Hour Live Telecast on Tuesday, Dec. 17 at 9-11 p.m. 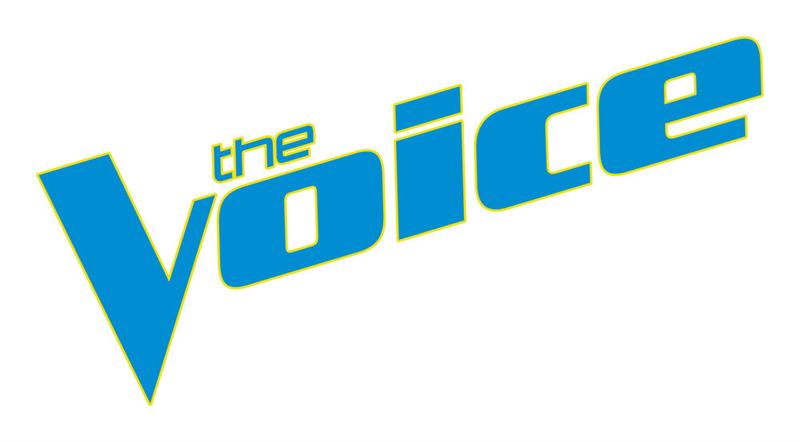 One of the four finalists – Ricky Duran from Team Blake, Jake Hoot from Team Kelly, Katie Kadan from Team Legend and Rose Short from Team Gwen – will be crowned the winner. This is the first finale in seven seasons in which all four coaches have an artist competing in the finale. The season finale will also feature special musical collaborations with the Top 4 finalists, which will be announced soon.

On part one of the live finale, airing Monday, Dec. 16 (8-10 p.m. ET/PT), the final four artists perform in front of coaches Kelly Clarkson, John Legend, Blake Shelton and Gwen Stefani. Each finalist performs three times – one new solo cover, a special holiday duet with their coach and they also debut their first original single. One of the four artists will be a step closer to being named “The Voice.” Then on part two of the live finale, airing Tuesday, Dec. 17 (9-11 p.m. ET/PT), a new winner will be crowned “The Voice.”

Award-winning vocal powerhouse and former “Voice” coach Jennifer Hudson returns to “The Voice” stage for a special performance of “Memory,” the iconic song from the upcoming Universal Pictures film “Cats.” “Cats,” the most joyful event of the holiday season, is in theaters everywhere Dec. 20.

Multi-platinum CMA and ACM Award winner Luke Combs will perform his hit single “Even Though I’m Leaving” from his latest record-setting album, “What You See Is What You Get.” The single is a multiple week #1 on the Billboard Country Airplay and Mediabase Charts, making it his seventh-consecutive #1 single and extending his record-breaking streak at country radio. Combs recently won twice at the 2019 CMA Awards for Male Vocalist of the Year and Song of the Year.

Award-winning country radio staple and record-breaking trio Lady Antebellum will perform “What If I Never Get Over You” from their critically acclaimed #1 album “Ocean.”

Global pop superstar Dua Lipa will perform “Don’t Start Now,” the lead track from her eagerly awaited forthcoming album, “Future Nostalgia.” “Don’t Start Now,” which is already a worldwide hit with over 170 million streams and an iTunes Global #1, is an adrenalin-fueled, feel-good dance floor anthem of positivity and self-empowerment.


On the heels of her international breakthrough as winner of Season 16 of “The Voice” and recent chart-topping success, Maelyn Jarmon, who now goes by Maelyn, will perform a spirited and seasonal take on the holiday classic “Have Yourself a Merry Little Christmas.”

ABOUT JENNIFER HUDSON
A two-time GRAMMY® Award-winning recording artist, Academy Award-winning actress and best-selling author, Jennifer Hudson is an extraordinary talent. From humble beginnings, Hudson began singing in a small Chicago church where, week after week, she brought the congregation to its feet. From there, she’s gone on to worldwide acclaim. She will soon be seen in Tom Hooper’s film adaptation of “Cats,” and is currently in production for the Aretha Franklin biopic, “Respect,” directed by Leisl Tommy. Last year, she returned for her second time to NBC’s “The Voice” alongside Adam Levine, Blake Shelton, and Kelly Clarkson and for her third time and winning coach to Season 8 of ITV’s “The Voice UK” alongside coaches Tom Jones, will.i.am, and Olly Murs. Hudson’s song, “I’ll Fight,” written by Grammy-winning songwriter Diane Warren for the critically acclaimed documentary, “RBG,” was nominated for a 2019 Academy Award. In 2007, Hudson won an Academy Award for her role as Effie in the smash hit “Dreamgirls,” an adaptation of the Broadway musical. Her breakout film performance also garnered a Golden Globe Award, a Screen Actors Guild Award, a BAFTA and an NAACP Image Award.

ABOUT BLACK EYED PEAS
With every move, Black Eyed Peas dictate the rhythm of culture. Blurring genre lines long before it became commonplace and pioneering an unprecedented global hybrid of hip-hop, pop, electro, and world as early as 1995, the Los Angeles trio – will.i.am, apl.de.ap and Taboo –maximize the momentum of a legendary career earmarked by making history, breaking records, and raising the bar yet again in 2020 and beyond. Over the past 25 years, they earned six Grammy Awards and achieved sales of 35 million albums and 120 million singles across seminal releases such as “Elephunk,” “The E.N.D.” and more. Cemented as one of the era’s biggest acts, they emerged as “the second best-selling artist/group of all-time for downloaded tracks,” according to Nielsen, and landed on Billboard’s “Hot 100 Artists of the Decade.” Moving over 3 million tickets, performing 300-plus shows throughout 30 different countries and headlining stadiums, they graced the biggest stage in the world with a landmark performance at the Super Bowl XLV Halftime Show in 2011. After reaching these heights, a period of relative quiet followed, lasting nearly eight years. They found the best way to ignite this era on the single “RITMO (Bad Boys for Life)” alongside one of the hottest acts in the world and possibly the biggest Latin star of the millennium, J Balvin. With their eighth album and full-length debut for Epic Records on the way, Black Eyed Peas fulfill a perennial purpose on new music and so much more.

ABOUT LUKE COMBS
Luke Combs is a multi-platinum, award-winning musician from Asheville, N.C., who stormed onto the music landscape as one country’s brightest stars. His new album, “What You See Is What You Get,” was released last month via River House Artists/Columbia Nashville and debuted at #1 on both the all-genre Billboard 200 chart as well as Billboard’s Top Country Albums chart. The record, which recently enjoyed the largest streaming week ever for a country album with 74 million on-demand streams, features 17 songs, including the five tracks previously released via his “The Prequel” EP as well as collaborations with Brooks & Dunn and Eric Church. Upon its release earlier this summer, all five tracks from “The Prequel” charted on Billboard’s Hot Country Songs Top 25 — a feat not accomplished since Johnny Cash in 1959. Additionally, Combs’ current single, “Even Though I'm Leaving,” recently spent its third week at #1 at country radio, making it Combs’ seventh consecutive No. 1 — a first on Billboard’s Country Airplay chart. Adding to his monumental year, Combs' double-platinum debut album, “This One’s for You,” recently spent its 50th non-consecutive weeks at #1 on Billboard’s Top Country Albums chart — tying the record for longest reign atop the chart. It also remains the most-streamed country album of 2019. An ACM, CMA, CMT and Billboard Music Award-winning artist and Grammy Award nominee, Combs is currently in the midst of his sold-out “Beer Never Broke My Heart Tour" and will kick off his “What You See Is What You Get Tour” next year, including his first headline stadium show.

ABOUT LADY ANTEBELLUM
Over the course of their decade-plus career, Lady Antebellum has become one of the 21st century's premier vocal groups, blending deeply felt emotions with classic country sounds. As a country radio staple, the trio has amassed record-breaking success with nine #1 hits while ushering in more than 18 million album units and 34 million tracks sold, with over 4 billion digital streams. The trio recently earned the biggest first week streams of their career with their critically acclaimed #1 album “Ocean” (BMLG Records). Representing a new chapter for Charles Kelley, Hillary Scott and Dave Haywood, the 13-track project "echoes their earliest work” (CMT) and features the Top 5 and climbing lead single “What If I Never Get Over You.” Known for their 9x platinum hit “Need You Now,” which is the highest certified song by a country group, they have earned ACM and CMA "Vocal Group of the Year” trophies three years in a row and countless other honors, including seven Grammy Awards, Billboard Music Awards, People’s Choice Awards, Teen Choice Awards and a Tony Award nod. For more information on new music, visit ladyantebellum.com.

ABOUT DUA LIPA
Global pop superstar Dua Lipa is back, revealing the name of her eagerly awaited forthcoming album, “Future Nostalgia.” The lead track from the album, “Don’t Start Now,” is already a worldwide hit with over 170 million streams and an iTunes Global #1. The song is an adrenalin fueled, feel-good dance floor anthem of positivity and self-empowerment that announces a new era for the global pop star. Dua arrived in style in 2015 with her self-titled, chart-topping debut album that eclipsed 4 million sales worldwide with single sales reaching over 40 million. Dua Lipa is also officially the most streamed album by a female artist in Spotify history. The video for her breakout global #1 hit “New Rules” made her the youngest female solo artist to reach 1 billion views on YouTube, and the track became the first to spend a record 45 weeks on the Billboard Pop Songs Chart. Dua made BRIT Award history in 2018 by becoming the first female artist to pick up five nominations, with two wins for British Breakthrough Act and British Female Solo Artist, all while selling out tours around the world. In early 2019, she received two Grammy Awards for Best New Artist and Best Dance Recording. Her newest single, “Don’t Start Now,” debuted at #1 on the worldwide iTunes Chart and was the #1 trending video on YouTube upon its release. Welcome to the next era.

ABOUT MAELYN
Maelyn enchanted millions as winner of Season 16 of “The Voice.” Now she gets even closer to fans with her forthcoming debut for Republic Records. Audiences witnessed her shutting down the stage nightly as part of Team Legend. She went on to smash records and make headlines, soaring to #1 on the Billboard Emerging Artists Chart and becoming the 15th artist of all time to land three simultaneous Top 10 songs on the iTunes Charts. Among those, her version of “Hallelujah” topped the Overall Top Songs Chart. Fusing styles from pop to electronic, she emerges with an intimate and irresistible sound unlike that of anyone else.

This season the Monday and Tuesday editions of “The Voice” are averaging a 1.7 rating in adults 18-49 and 9.9 million viewers overall in “live plus seven day” averages from Nielsen Media Research. In “live plus same day” Nielsens, “The Voice” is undefeated in 18-49 this season in both its Monday and Tuesday timeslots versus regular competition on the Big 4 networks. “The Voice” also adds significant viewership through extended time-shifting on digital and linear platforms, with the show’s Sept. 23 season premiere now up to a 3.5 rating in adults 18-49 and 13.8 million viewers overall when viewership to date on all platforms is counted.

“The Voice” is a presentation of MGM Television, Talpa Media USA Inc. and Warner Horizon Unscripted & Alternative Television. The series was created by John de Mol, who serves as executive producer along with Mark Burnett, Audrey Morrissey, Amanda Zucker, Kyra Thompson and Stijn Bakkers.
Posted by Danielle at 4:31 PM