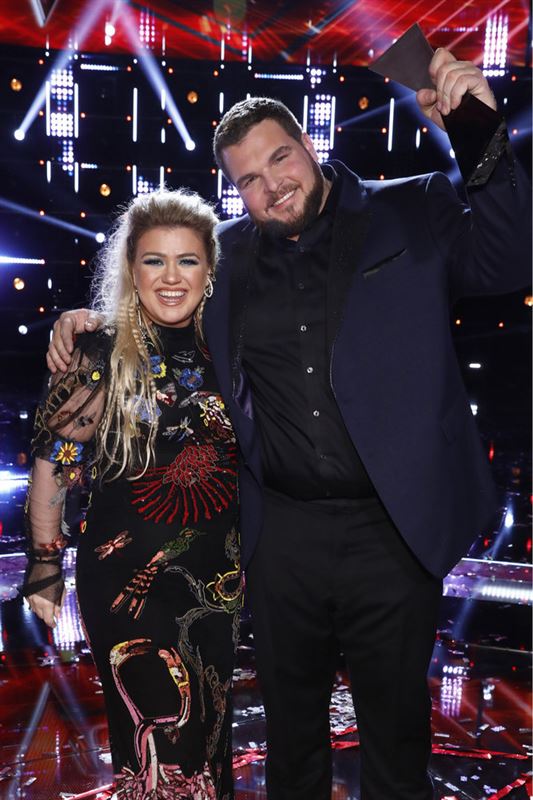 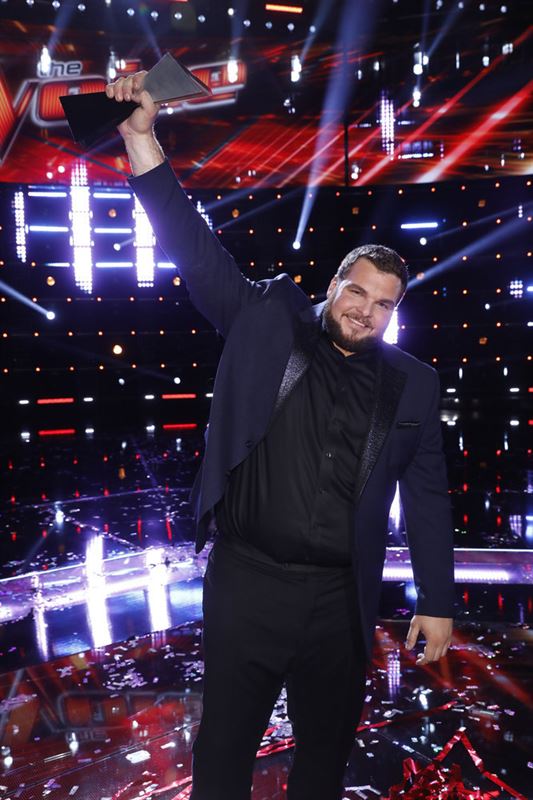 Hoot stood out all season for his powerful vocals, dynamic storytelling abilities and devotion as a single dad to his 4-year-old daughter. Originally a one-chair-turn, Hoot earned Coach Kelly Clarkson her third “Voice” win on the four-time Emmy Award-winning musical competition series.

Hoot faced tough competition from the other Top 4 finalists — Ricky Duran from Team Blake, Katie Kadan from Team Legend and Rose Short from Team Gwen. This was the first finale in seven seasons in which all four coaches had an artist competing in the finale.
This season of “The Voice” concluded at Universal Studios with a star-studded live finale featuring performances by former coach Jennifer Hudson, superstar recording artists Black Eyed Peas, Luke Combs, Lady Antebellum, Dua Lipa and Season 16 winner Maelyn. Additionally, the finale featured the Top 4 artists collaborating with an assortment of A-list, chart-topping musicians, including Yolanda Adams, Gary Clark Jr., Adam Lambert and Little Big Town, who sang a duet with Hoot.

Hoot’s Blind Audition performance of “When It Rains It Pours” by Luke Combs earned him just a one-chair-turn from Coach Kelly Clarkson. As a part of Team Kelly, Hoot proved that he deserved to be in the competition, winning his Battle Round with “Always on My Mind” by Willie Nelson and his Knockout Round with “Cover Me Up” by Jason Isbell. In the live Playoffs, Hoot was voted through by America after a pure country performance of “You Lie” by Reba McEntire.

Hoot continued to stand out throughout the live shows with his power and confidence. A mix of flawless vocals and authenticity convinced America to vote Hoot through week after to week as he put his own touch on hits such as “Danny’s Song” by Loggins & Messina, “Every Light in the House” by Trace Adkins, “That Ain’t My Truck” by Rhett Akins and “Desperado” by the Eagles.

Hoot was born in Texas, but his parents are missionaries and relocated the family to the Dominican Republic when he was 9. While living there, he began singing and playing guitar while also becoming fluent in Spanish. At 20, he moved to Tennessee and began gigging and attended Tennessee Tech University as a walk-on football player. Hoot is a single dad to a 4-year-old daughter and came to “The Voice” hoping to make her proud.

As champion of “The Voice,” Hoot has earned the grand prize of a recording contract.
This season the Monday and Tuesday editions of “The Voice” are averaging a 1.7 rating in adults 18-49 and 9.8 million viewers overall in “live plus seven day” averages from Nielsen Media Research. In “live plus same day” Nielsens, “The Voice” is undefeated in 18-49 this season in both its Monday and Tuesday timeslots versus regular competition on the Big 4 networks. “The Voice” also adds significant viewership through extended time-shifting on digital and linear platforms, with the show’s Sept. 23 season premiere now up to a 3.5 rating in adults 18-49 and 13.9 million viewers overall when viewership to date on all platforms is counted.